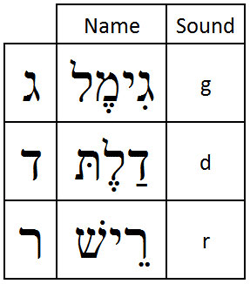 We’ve looked at the three Hebrew letters that Sefer Yetziroh calls Mother Letters or Primary Letters in Part One. These are א מ and שׁ.

Next, Sefer Yetziroh mentions a group of seven letters that are called Double Letters:

There are four letters that change their sound according to whether they have a dot in the middle or not. The version with the dot has a harder sound. 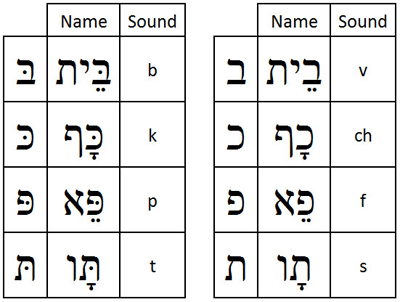 But as well as these four letters, Sefer Yetziroh gives three more Double Letters. These are:

Today, the sound of these letters is unchanged when they have a dot in them. Presumably, in the past, the pronunciation did change with the dot.

With the first four letters, the version without the dot has a softer sound. For the other three letters then, since the version we have today doesn’t have the dot, perhaps the version with a dot was a harder version of today’s sound? 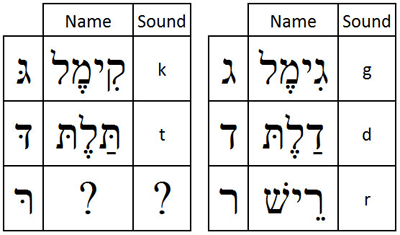 Please bear in mind that this is pure conjecture on my part.

Perhaps the hard ר was more like a broad Scots “r” as in someone from the Highlands saying, “Berwick Rangers versus Raith Rovers”?

As I say, all this is pure speculation on my part.

The fact is that Sefer Yetziroh includes:

The approach by Eliphas Lévi to the Double Letters seems straightforward enough.

Lévi takes the second letter of the Hebrew alphabet בּ to correspond to Tarot Trump II The High Priestess.

Similarly, Lévi takes the third letter of the Hebrew alphabet ג to correspond to III The Empress.

And so on through the Double Letters.

This means that Lévi ends up with the twenty-second letter תּ as Tarot Trump XXII !

But, remember that Lévi placed The Fool as Trump XXI. This starts to make a bit of sense. תּ now corresponds to XXII The World. 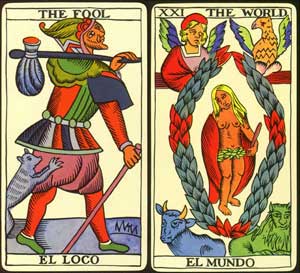 How did the Golden Dawn deal with the Double Letters?

Here’s the basic idea, as I understand it.

Sefer Yetziroh says that the seven Double Letters correspond to the seven traditional planets. These include the Sun and the Moon.

The other five planets are Mercury, Venus, Mars, Jupiter and Saturn.

But, the way that the planets are assigned to the Tarot Trumps is a source of such confusion that I have written a more detailed description of the Double Letters in the final post of the series, Assigning the Seven Planets.

Join me in the next post where we’ll move on to the remaining 12 letters of the Hebrew alphabet which are known as the Simple Letters.